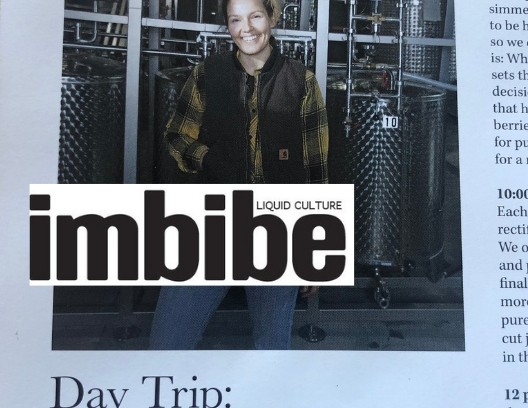 Before joining the team at Spirit Works Distillery in Sebastopol, California, in 2013, Lauren Patz worked at a chocolate factory. While tasting whiskies for a chocolate pairing, she had a eureka moment about spirits, and in less than a month she was an apprentice at Spirit Works. As head distiller since 2017, Patz has been refining Spirit Works' line of spirits, experimenting with heritage grains and writing the occasional haiku. Recently, she gave us an inside look at an average day in the distillery.