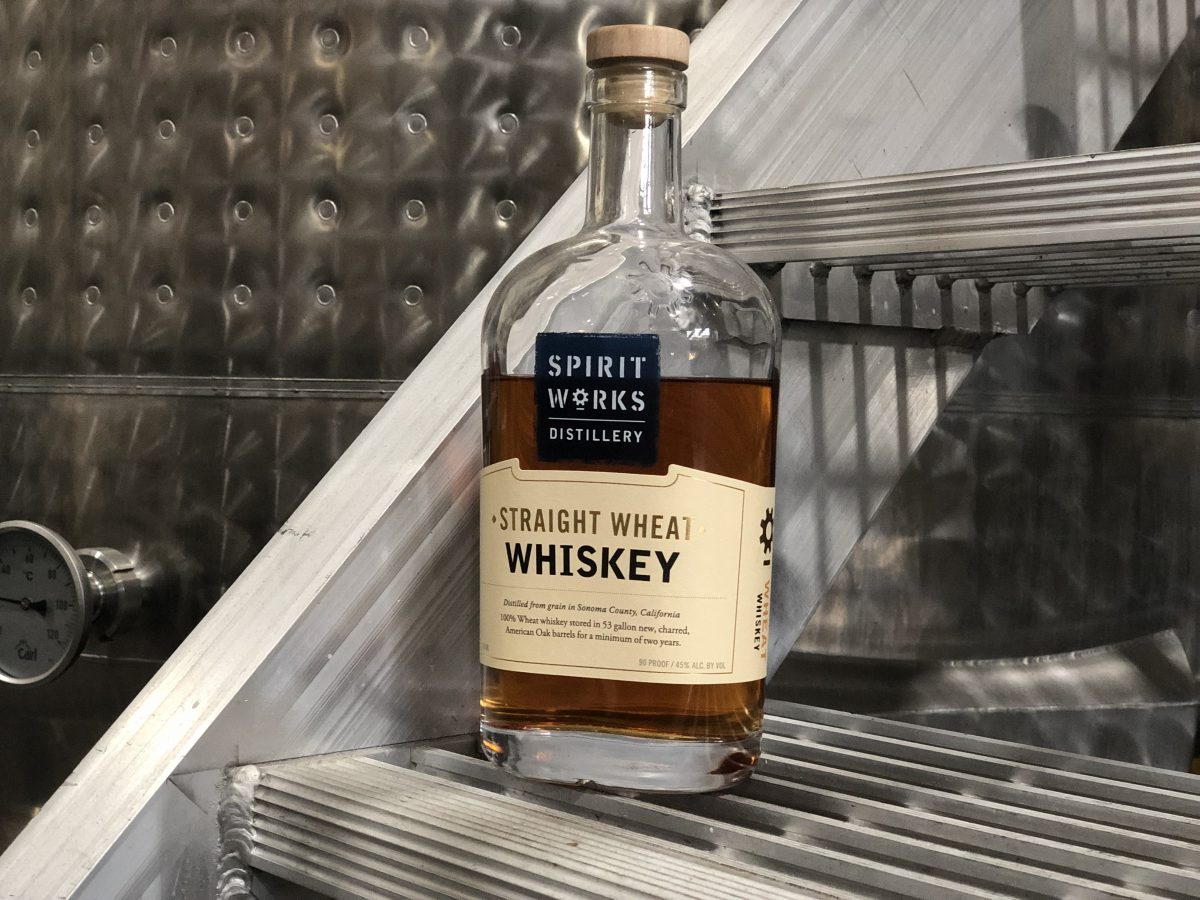 In a category desperate for solid whiskey, this is one of the better wheat whiskeys on the market.

Once upon a time, American whiskey equaled only the new charred oak beauties coming from Kentucky and Tennessee.

Those days are over, with the resurgence of distilling all over the country.As I’ve taken a break from straight reviews, focusing on the whiskies of the year and gift guides, I’ve still tasted some new and interesting releases. While none of these made my Top 15, there are some worthy whiskeys in this crop and some craft distillers to keep your eye on.83, Spirit Works Distillery Straight Wheat Whiskey 2 years old, 90 proof

About: Wheat whiskey must be at least 51% wheat. Distilled and aged in California.The name rarely says it all in whiskey, but it does here. Think bread. And lots of it, from wheat bread and cornbread to oatmeal and pumpernickel bread. Then, it's brown sugar and spice that ranges from jalapeño to a hint of chipotle. In a category desperate for solid whiskey, this is one of the better wheat whiskeys on the market.

74, Cardinal Spirits Straight Bourbon, 90 proof About: Distilled and Bottled in Bloomington, Indiana.This young bourbon expresses raw corn, popcorn, vanilla cake and dried soybeans. It’s somewhat oily mouthfeel gives it a unique viscosity and is quite interesting. 90, Woodford Reserve Distillery Series Barreled Finished Rye, 90.4About: Woodford rye finished in a new American oak that has been lightly charred and heavily toasted.This is easily the best Woodford Reserve rye lease. Its leading notes dark cherry, charred marshmallow, fresh-baked rye rolls and chocolate malt balls. It slightly falls flat toward the finish, but the prominent dark cherry note makes this a must-have sipper, especially if you’re a dark cherry fan like me. 85, Tennessee Fugitives Spirits Fugitives Tennessee Waltz Whiskey, 91 Proof About: Distilled from a bourbon mash barrel finished with oak staves. Very corn forward, with corn expressing itself most prominently as a corn salsa. Then, it’s pepper, fruit, oak, vanilla, caramel, bacon and maple. But the notes come like a flash in the pan and then go away. If it stuck on the palate a little longer, this would be a worthwhile sipper. Still, it has some merit.79, Dettling Alabama Bourbon, 80 proofAbout: Distilled in Alabama.As the premiere distiller in the rising Alabama distilling scene, Dettling shows much promise, but is obviously young. You’ll find soft oak slightly overpowering muted caramel and vanilla, but the DNA for a very good bourbon is here. Nice hints of rice, rye and corn candy with slight hints of brown sugar show so much promise. Dettling is off to a nice start: Very interesting.78, Whistling Andy Straight Bourbon Whiskey, 80 proofAbout: Distilled from Montana Grain in Big Fork Montana Despite not coming from bourbon’s promised land—Kentucky—this whiskey presents many of its hallmark notes: Caramel, juicy fruit, corn, butter, brown sugar and pecan pie. It’s very balanced, but the flavor, while present, is light on the palate and it lacks mouthfeel. Still, for such a new distillery, this release is an accomplishment. 87, St Augustine single barrel 181, Proof 113.2About: Aged 41 months and distilled in Florida.This is easily the best St. Augustine release I’ve tasted. It offers a sweetness with nutty undertones. With hints of butterscotch and brown sugar, its grapefruit and hop notes really provide some flavor balance. Then, it’s caramel, raw walnut and roasted pecan, with hints of honey and fig just before a medium spicy finish.84, Breckenridge Port Finished Batch 5 90 proofAbout: High rye 3-year-old bourbon finished in port. Distilled in Colorado. This is a pretty interesting bourbon, with notes of maple, brown sugar, vanilla cake batter, plum, chocolate and walnut. It honestly tastes like dessert. To read the entire article click here.