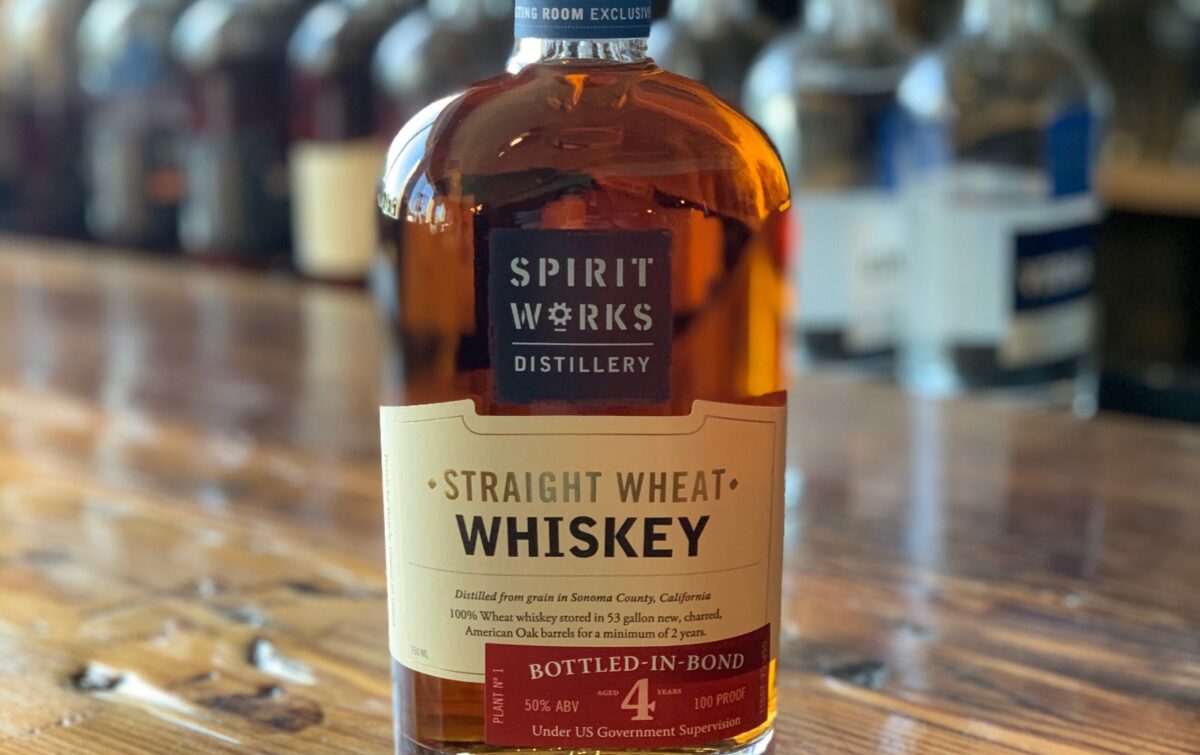 Founded by Timo and Ashby Marshall, Spirit Works Distillery is a grain-to-glass distillery situated in downtown Sebastopol, California that specializes in a variety of whiskeys and gins. For more than five years, Timo and Ashby have been leading a dedicated team producing some of the best spirits in the state.

The first time I tasted Spirit Works Gin at their distillery in 2014, I became very excited for the eventual release of their whiskeys. One might wonder, what does a gin have to do with how good a whiskey might be when it still a year or two away from being bottled? When Timo described the flavor profile of the gin they were trying to create, it exactly matched what was in the glass. It has been my experience that the flavor profile of what a craft distiller says they are trying to get and what is actually made do not always overlap, but Timo and Ashby demonstrated incredible precision in this. That same day I told my wife, if Spirit Works could manifest their intentions in their whiskeys as clearly as they did with their white spirits, then they would have something very special.

The whiskey was distilled in one season from a fermented mash of 100% Organic California Red Winter Wheat. Post distillation, new charred oak barrels are filled with the spirit and left to rest. True to the Bottled in Bond’s legal requirements, the whiskey was then aged for a minimum of 4 years and bottled at 50% ABV.

Making whiskey takes patients and vision. And, in between runs of vodka and gin, Ashby and current head distiller Lauren Patz have slowly built an aging stock of 53 gallon barrels full of whiskey. Two yeas passed before they bottle their first barrel while others continued their slow maturation. And now, five years later, my hopeful excitement has been realized. Not only have they made some of the best California Whiskey but, Spirit Works Bottled-in-Bond Wheat Whiskey is one of the best new American Whiskeys released in 2019.

Nose: On the nose there is warm whole wheat bread and endives. Layered underneath those top aromas are strong notes of raisins, brandy cherries, and fresh cut oak. As the whiskey breaths lighter notes of candied orange peal and vanilla float to the top.

Palate: At first sip the whiskey is soft and slides across your tongue. On the palate the whiskey opens with notes of oak and burnt sugar which are followed by sweet caramel and cloves. Initially the whiskey starts slightly bitter but after the second and third sip the bitterness completely fades away and is just big bold flavors of cinnamon and sugar.

Finish: After swallowing, the tongue tingles from the higher proof but once the palate adjusts the finish is long light and dry with notes of vanilla, fresh peaches, and a mixture of bergamot and baking spices. As it slowly fades you are left with faint oak tannins that invite you back to the glass to take another sip.

Conclusion: Spirit Works Bottled-in-Bond Wheat Whiskey is a big and bold whiskey with lots of youthful character that is a joy to drink. Fans of their whiskey will love this new bottling and at 50% ABV the whiskey blossoms with a little bit of water or served over one large chunk of ice. The whiskey also does very well in a number of classic cocktails like the Old Fashioned and Manhattan. While I'm not usually a big fan of Old Fashioneds the whiskey really sung in the drink. With just a little bit of sugar, bitters, and an orange peal, the whiskey popped and at 100 proof the drink wasn't completely watered down by the time you get to the end. If you are in Northern California, I highly recommend making the trip to Sebastopol and picking up a bottle.

You can read the entire article here.