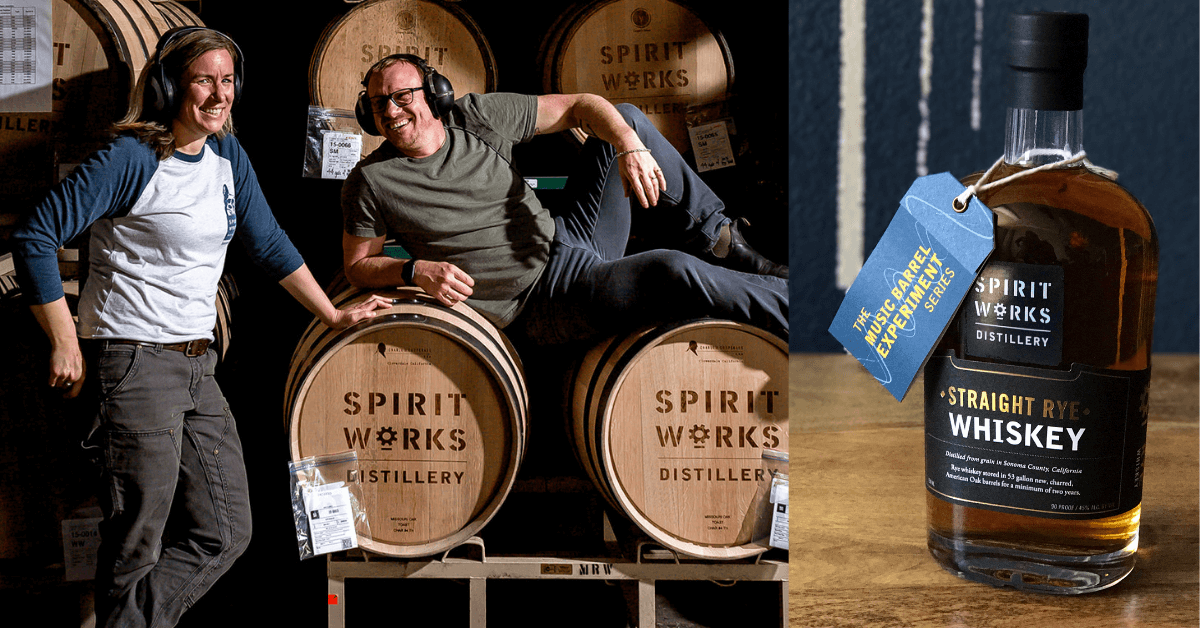 The Music Barrel Experiment That Rocks!

The Music Barrel Experiment we’ve been doing here at Spirit Works for the past 7 years is really speaking to us these days! For all these years, we’ve had our chosen 53-gallon barrels of whiskey listening to music 365/24 hrs a day and we check in with them often. Why do we do this? Well, back in the day, we decided to start playing music (via large headphones, speakers, and repeating Ipod’s) to our whiskey barrels. Our theory was that if whiskey needs interaction with the wood to mature…maybe we could amplify (get it;) that process with music vibrations. Our barrels have been patiently waiting for many years now listening to everything from Bluegrass to Heavy Metal. Each of our staff picked a different genre/style/musician for an individual barrel and that’s literally all the barrel has heard since!

Until last week, as we’ve been keeping a close eye on them and the barrels have spoken! When we released our first two experiments – the Bluegrass barrel and the Nutcracker barrel – the Nutcracker overwhelming won (which happened to be my pick;) in blind tastings. For this release, our Straight Rye Whiskey barrel listening to one of the greatest classic rock bands ever for the past 6+ years is ready for you to enjoy. Everyone needs a little classic hard rock whiskey right about now and we’ve got some delicious, limited, music-influenced whiskey ready for you.
Look for deals when buying the music and control barrels together!
Available for shipping in CA or from the tasting room only.
Starting, Wednesday, April 7th.

Throughout the years we have received amazing press surrounding this experiment all of which you can check out below. This kind of creativity coming from our California craft distillery definitely gave us the kind of acclaim that influenced The American Distilling Institute to elect us as the Distillery of the Year across the country in 2020. Come visit us in the tasting room pick-up window and when things open up again, come on in for a tasting of the music and control barrels together. We look forward to seeing you soon!
Read some of the articles here:
Press Democrat
ABC news 7
Mother Jones