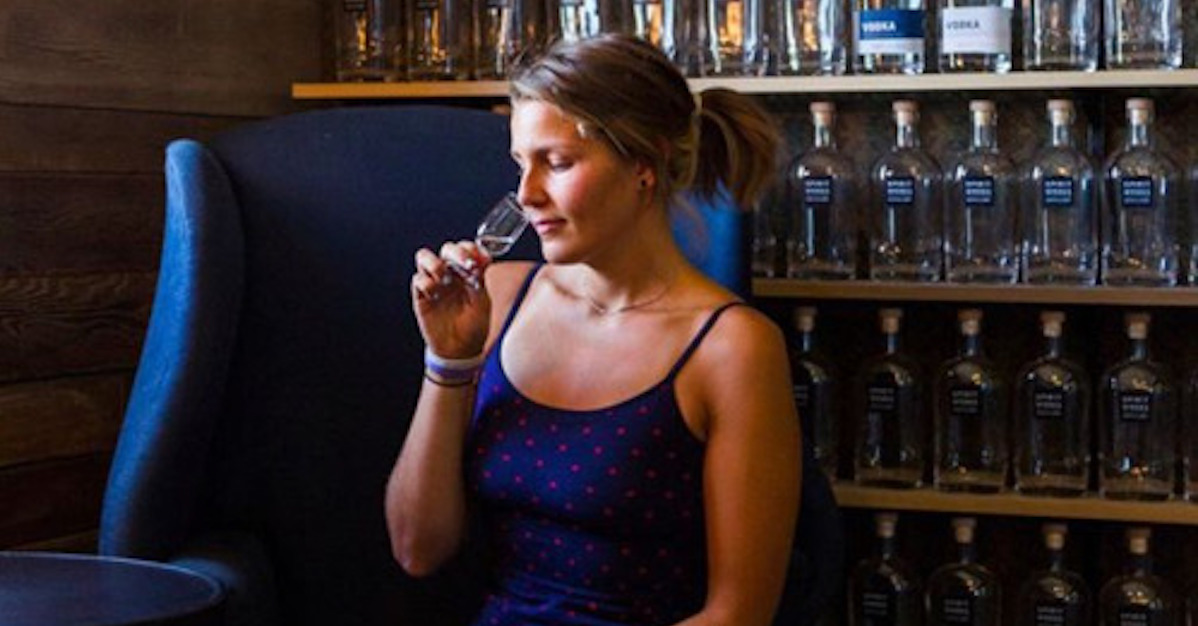 Sebastopol, CA, January 5, 2017 – California grain-to-glass craft spirits pioneer Spirit Works Distilleryannounces the promotion of Production Manager/Distiller, Lauren Patz, to Head Distiller.  With the elevation of Patz into production and distilling leadership, Ashby Marshall, Distillery Co-Founder and former Head Distiller, is shifting to a new role as Brand Director, responsible for leading the overall brand vision, direction and voice of the Distillery as it continues to grow and evolve.

A St. Helena, CA native and the daughter of respected Napa winery owners, Patz grew up with a keen understanding of flavor and palate – tasting grapes off the vines and testing brix with her parents at an early age.  After graduating from Bates College with a double major in Japanese and Classical Medieval Studies and returning from a year abroad in Japan, Patz put her keen palate to use as a tour docent and private pairings expert for San Francisco-based TCHO Chocolate. It was a chocolate and bourbon pairing that solidified her path to the spirits world, opening a new realm of understanding about flavor possibility in whiskey, how to taste spirits properly and appreciation for the emerging craft distilling industry. A chance opening at Spirit Works as the tasting room manager enabled her to engage her expertise in consumer education while learning production on the distillery floor.

“We can’t speak highly enough of Lauren and how deserving she is of this promotion to Head Distiller,” stated Timo Marshall, Spirit Works Proprietor and Co-Founder with his wife, Ashby Marshall.  “She’s been an incredibly talented apprentice from day one. She not only has an exceptional palate for distillation and the passion to present consumers with simply the highest quality spirits made, she is incredibly creative, innovative and forward-thinking – constantly looking for ways to experiment with new ingredients and techniques and expand our portfolio offerings.”

Marshall added, “This is such an exciting time for the Distillery. Shifting Lauren into the distilling leadership role allows Ashby to get back to her strategic marketing and branding roots as our Brand Director. She is intricately tied to the legacy of our brand – knowing our company, our spirits and our team inside and out and from the ground up. There is no one better suited to lead our Spirit Works brand to the next chapter.”

A year of growth:

2016 was an incredibly busy one for Spirit Works. A few highlights:

· Tasting Room Sales: The Distillery expanded their tasting room to accommodate onsite sales and expanded offerings allowed by the passing of California legislation AB1295, which allows state distillery tasting rooms to sell three bottles of spirits per customer, a first for the industry in California.

What lies ahead?
As the new creative force behind the still, Patz already has a number of projects underway, including experimenting with unique and heritage grains and exclusive bottlings. “This is a dream come true for me. I am incredibly excited to be kicking off the new year in this role,” said Patz. “I have learned from the best here with Ashby as a mentor and inspiration. I’m looking forward to digging in and continuing to put Spirit Works on the map as a producer of the highest quality, most innovative, handcrafted spirits.”

About Spirit Works
Founded in the heart of Sonoma County, California in 2012 by husband and wife team Timo and Ashby Marshall, Spirit Works Distillery is a spirits producer which handcrafts artisan Vodka, Gin, Sloe Gin, Barrel Gin, Navy Strength Gin, Straight Wheat and Straight Rye Whiskey onsite using the grain-to-glass method, allowing the Distillery to create a truly premium product. With an all-female distilling team, lead by Lauren Patz, Spirit Works is one of few distilleries in the United States (and around the world) with an all-female production team.